The Crimean conflict, which has turned into a power struggle between the Western world and Russia, and that has led to the implementation of various sanctions against Russia, triggered a number of legal red flags.  While Russia tries to justify the annexation, it does not seem legally justifiable under international law nor under the Constitution of Ukraine. 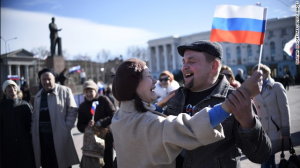 The Ottoman Empire was the Sovereign state over Crimea until the Treaty of Küçük Kaynarca (1774)—a peace treaty between the Ottoman Empire and the Russian Empire—ended. In 1921, after the Bolshevik Revolution took place in Russia, Crimea became an autonomous state under the USSR named: the ‘Crimean Autonomous Soviet Socialist Republic’(“Crimean Republic”). Many Russian civilians were placed in the Crimean Republic during the Stalin era in the 1930s, and the demographic structure of the region has changed greatly. On June 30, 1945, the Crimean Republic was abolished, and Crimea became a part of the Soviet Federalist Socialist Republic. Towards the end of World War II, and while Crimea was occupied by Germany, Stalin exiled 400,000 Crimean Tatars from Crimea to Central Asia and Siberia on the grounds that they cooperated with the Germans.

On February 19, 1954, Crimea was alienated to the Ukraine during the Khrushchev period by the Supreme Soviet Presidium of the USSR. During the collapse of the USSR, Ukraine proclaimed its independence after a referendum held in 1991. In this process, Crimea remained a part of the Ukraine as an ‘Autonomous State’. The Autonomous Republic of Crimea (“Autonomous Crimea”) is an integral part of the Ukraine according to Article 134, Section X of the 1996 Ukraine Constitution.[1]

The Crimean conflict started in November of 2013 within the political crisis in Ukraine when the pro-Moscow Ukrainian President Yanukovych cancelled the cooperation agreement with the EU.  Subsequently, crisis began to spread within the Crimean peninsula.  Russian soldiers under the name ‘local forces’ moved into Crimea and sieged the Crimean parliament. Under this pressure, on February 27, 2014, the Supreme Assembly of the Autonomous Crimea decided to hold a referendum that questions the option to annexation to the Russian Federation to be effective on March 16, 2014.[2] However, before the revelation of the result of the referendum, On March 6, 2014, the Supreme Assembly decided to be a part of the Russian Federation. Then the Supreme Assembly and the special status of Sevastopol City Council proclaimed the independence of Crimea by a decision taken on March 11, 2014.  The consultation was conducted on the basis of the UN Charter, various international texts, and the advisory opinion of the International Court of Justice on July 22, 2010. It was announced in the referendum that if Crimea becomes a part of the Russian Federation, the Autonomous Crimea, including the city of Sevastopol, will be announced as an independent and sovereign state. It has also been stated in the declaration of independence that it will be offered to the Russian Federation to accept Crimea as a part of the Russian Federation.

The Current Situation According to the Constitution of Ukraine

The first issue to be considered is the legitimacy of the referendum decision by the High Council of the Autonomous Crimea according to the Constitution of Ukraine. The Referendum changed the borders of Ukraine and separated Crimea from the Ukraine. According to the Ukrainian Constitution, Ukrainian land is unitary (Art. 2,[5] 17,[6] 132[7]). Additionally, the Autonomous Crimea is an integral part of Ukraine (Art. 134[8]). So, the decision of the High Council of the Autonomous Crimea regarding the separation is against the territorial integrity of Ukraine. The territory of a state cannot be changed without its consent in international law. Borders can only be changed with the consent of the state. This consent can only be determined in the constitutional system of the government. In this case, changing the boundaries of the state may only be decided by a referendum to be held in all of Ukraine according to the Constitution of Ukraine (Art. 73).

Another issue to consider is the legitimacy of the decisions by the High Council of the Autonomous Republic of Crimea. According to Article 135 of the Constitution of Ukraine, the decisions and regulations of the High Council of the Autonomous Crimea and the decisions of the Council of Ministers of Autonomous Republic of Crimea cannot be contrary to the Constitution and laws of the Ukraine. The outcome of the referendum, including the March 6, 2014, decision to be a part of the Russian Federation, as well as the independence proclamation dated March 11, 2014 are clearly invalid.

The Ukrainian Constitutional Court has found both the decision dated March 6, 2014 and the independence declaration of Sevastopol on March 11, 2014, contrary to the Constitution of Ukraine.

The Current Situation According to International Law 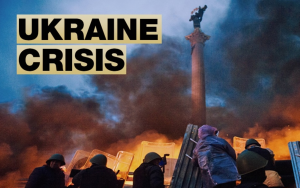 In addition, each issue has different political and historical backgrounds. In Kosovo, ethnic cleansing against Albanians makes the case completely different. There is not even the slightest doubt that Russians has been exposed to discrimination in Crimea.[14] Therefore, the advisory opinion on Kosovo certainly cannot be an example for the Crimea. Moreover, it should not be forgotten that Russia does not recognize the Kosovo’s independence declaration.[15] For this reason, the declaration of independence by the Supreme Assembly of the Autonomous Republic of Crimea and Sevastopol City Council does not have any legal qualifications.

The Constitutional Court of Ukraine, in its judgment of March 20, 2014 stated that the declaration of independence of the Autonomous Crimea is contrary to the Constitution of Ukraine, and does not have any legal basis on self-determination and international law.